We had the pleasure of (virtually) sitting down with polyglot Alex Rawlings to ask him about his language-learning experiences. Alex was first brought into the language limelight when he was named Britain’s most multilingual student. He has since traveled to various countries, each with the goal of learning and/or practicing the language. He currently resides in beautiful Valencia, Spain and is definitely using his Spanish as much as he can.Mango Languages was first able to meet Alex Rawlings when we assisted in hosting the Polyglot Workshop this October in Brooklyn, NY. It was an incredible experience, especially because we met so many super-motivated language learners. You can read about some of our insights from this event in our prior series, “As Told By Polyglots”.

First, we addressed the elephant in the room — What exactly is a “polyglot”? This term has been used to describe all types of language learners, but how many languages must someone know in order to be considered a polyglot? In Alex’s experience, the term polyglot has evolved from being a term describing someone who speaks many languages to someone who is passionate about languages. “Ten years ago, there was nowhere to go if you liked languages. Now, with 450 people who came to the Polyglot Conference in NYC, we can say that it’s not to do with numbers anymore.”

A common piece of advice we hear, especially when it comes to language-learning, is that you really need a deep motivation for learning a language to continue with it. For example, if your reason for learning Spanish is to “become a polyglot”, it may get you started in the language, but it most likely won’t help you become proficient in the long haul.

However, Alex’s language-learning experience has shown that there are exceptions to this rule. (Well, I wouldn’t say there are necessarily rules in language learning — there are only grammar rules). When we asked Alex if he had ever learned a language simply because it is beautiful, he actually said that he has. He had always been curious about Hebrew, so he spent some time learning the language. When EasyJet (one of the U.K’s cheap flight options) started offering flights to Tel Aviv, he jumped at the chance to practice the language. He went over there with an A1 or A2 proficiency in the language, but soon he was making friends and having an unforgettable time.

Even though you need motivation to learn a language, sometimes the language can be motivation enough. “You can start a language because you love it first and then you find the reasons to keep going come later”.

Once you have motivation to learn the language, should your goal be fluency? For Alex, fluency has never been a goal of his. His goal has always been to have fun. ‘“Fluency is a hard word to define and even harder to achieve.” I mean, according to some standards, I’m not fluent in English, even though I am a native speaker! If you go into language learning with an open mind and a goal of having fun, I’m sure you can achieve any other goals you may have.

As the English language is becoming more widespread, the question of what will come of language learning was asked. Alex responded that from a non-U.S. and non-U.K. perspective, global language learning has increased. People are realizing that it is necessary to learn a foreign language for their career. Speaking a second language can help you to get a job, achieve your career goals, and be successful. However, this trend only seems to be happening with the English language. Alex hopes that in the future, “as people take more of an interest in learning English, they will also take more of an interest in learning other languages as well.”

For a personal example, Alex’s mother started learning languages a little bit here and there and “the effects have been amazing. She said herself that she’s been able to remember much more: things she had not thought about for years, memories, [you name it].” If you learn languages for as small an amount of time as 10 minutes per day, you can also experience these great benefits.

Alex has personally experienced how language knowledge can broaden one’s worldview. He has traveled to several different countries and found that he was able to truly experience it with his own eyes. “When you speak the language, you really see the country for yourself. You can go up to anyone and ask them anything, you can have conversations with people that pass you by[…]When you can only speak English, you’re reliant on finding people there that can speak English who can explain things to you, so you only get their perspective.”

Hearing advice from an accomplished language learner can be intimidating. Many people seem to have a “gift” or are naturally inclined toward language learning. However, they are simply very motivated individuals. A passion for languages can definitely be cultivated in anyone, even if you think you’re not “that type of person.” It can’t hurt to try — you might just become a polyglot a few years down the road!

Alex has always found languages to be fun and had a teacher in primary school who told him, “If you want to do something good for yourself, learn another language.” Alex believes, “If we can find a way to get that same message that I had as a child across to more children around the world, then I think that more people will follow that in the path that I have and fall in love with languages for the same reasons I have too.”

If you’d like to hear more from Alex Rawlings about language learning, check out the interview below.

Also, be on the look out for his new book on how to learn a language, which will be coming out sometime next year. Be sure to follow Alex on Twitter and check out his blog for updates.

P.S. Tune in next time to hear from a well-known American polyglot and Youtuber. Any guesses?

You can start your own language-learning journey now by checking if your local library subscribes to Mango Languages. 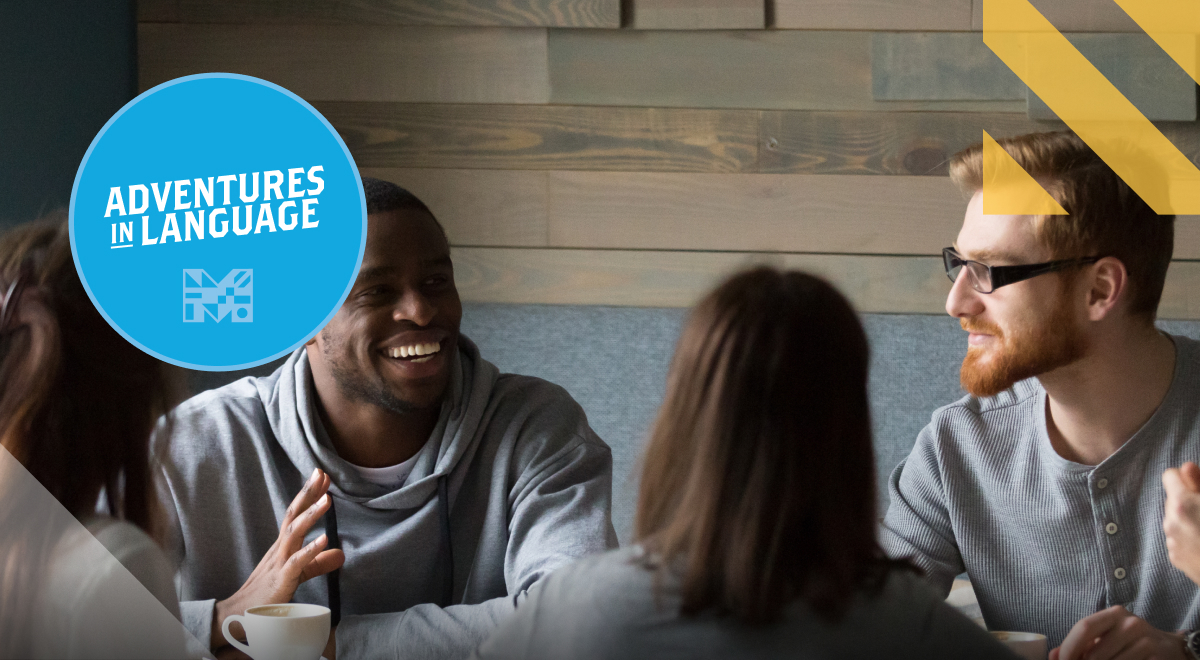