As one of the greatest architects of the modern English language, Shakespeare has had quite a legacy — one that is still inspiring new literary endeavors to this day.

In fact, Shakespeare’s contributions to modern society go beyond his famous plays — over 1,000 English words are Shakespearean in origin. Because of Shakespeare's widespread influence on the English language, the U.N. instituted English Language Day on the birthday of one of the world’s greatest playwrights.

“Knowing I loved my books, he furnish’d me / From mine own library with volumes that I prize above my dukedom.” (William Shakespeare, The Tempest)

For this month's book club series (see Five Arabic Books You Can Read in English), I'm celebrating Shakespeare’s legacy — and his 454th birthday today — with five books that his plays have inspired. This list of my favorites includes contemporary novels, as well as a few older classics.

This groundbreaking novel from the 1950’s about a talented con man is inspired by Shakespeare’s classic play, Macbeth. Although the protagonist is an anti-hero, Highsmith's masterful storytelling still manages to make you feel a bit sympathetic towards him. Similar to how Macbeth murders the king to take the throne for himself, Mr. Ripley murders his best friend and assumes his identity.

Synopsis: The Talented Mr. Ripley tells the story of Mr. Ripley, who travels to Italy, fascinated by the world of money, sex, and power that his friend, Dickie Greenleaf, is a part of. Mr. Ripley sees everything through a pessimistic lense (to put it lightly) and will do whatever it takes to get what he wants.

You may be surprised to hear that the classic tale of Moby Dick was influenced by two of Shakespeare’s plays —  Macbeth and King Lear. The tenacity and fearlessness of Captain Ahab, the captain of the ship whose entire goal is to destroy the whale Moby Dick, mirrors the protagonists’ sense of invincibility in both Macbeth and King Lear.

Synopsis: After Captain Ahab loses his leg to a whale, Moby Dick, he makes it his life purpose to seek out and kill the creature. I’m always fascinated watching the Captain’s descent into madness through his crewmembers' eyes, as you see how far the Captain will go to achieve his goal.

Based on one of my favorite Shakespeare comedies, The Taming of the Shrew, this novel addresses the woman’s role in society and how she is perceived by her male counterparts. ‘Shrew’ was a term in Elizabethan England that described a woman who operated outside of the standard social role, usually a woman who was independent, sassy, and high-strung. The name ‘vinegar girl’ is a modern take on the Elizabethan term.

Synopsis: In Vinegar Girl, Kate’s eccentric scientist father is about to lose his brilliant lab assistant, Pyotr, due to an expired green card. You can't help but laugh as you watch Kate get swept up in a plot to have her married off to Pyotr.

Synopsis: Brave New World describes a dystopian future, where each citizen has been ‘manufactured’ for their respective social classes. The main character, Bernard Marx, seems to be the only one who longs to break free of this society.

One of my favorite sci-fi-romance-novel-turned-films takes its cue from Romeo and Juliet — with a zombie twist. Like the deadly feud between the Montague and Capulet families in Romeo and Juliet (or undeadly feud, in this case), the love between R and Julie in Warm Bodies is tested by the division between zombies and humans.

Synopsis: R is a zombie. Julie is a human. R takes Julie captive but does not feel a desire to eat her, rather he wants to protect her. The pair fall in love, pitting the zombie and human worlds against one another.

To celebrate Shakespeare’s big day, why not learn some of the phrases and words that the playwright has contributed to the English language? Click below to check out Mango Languages’ Shakespearean English course and try some Shakespearean insults. (Please note that the content of this course is not for the faint of heart and is most suitable for learners over 12 years of age.) Shall we wend? [Shall we go?]

Have you come across any other books or movies that are inspired by Shakespeare? Share your favorites with us in the comments below! 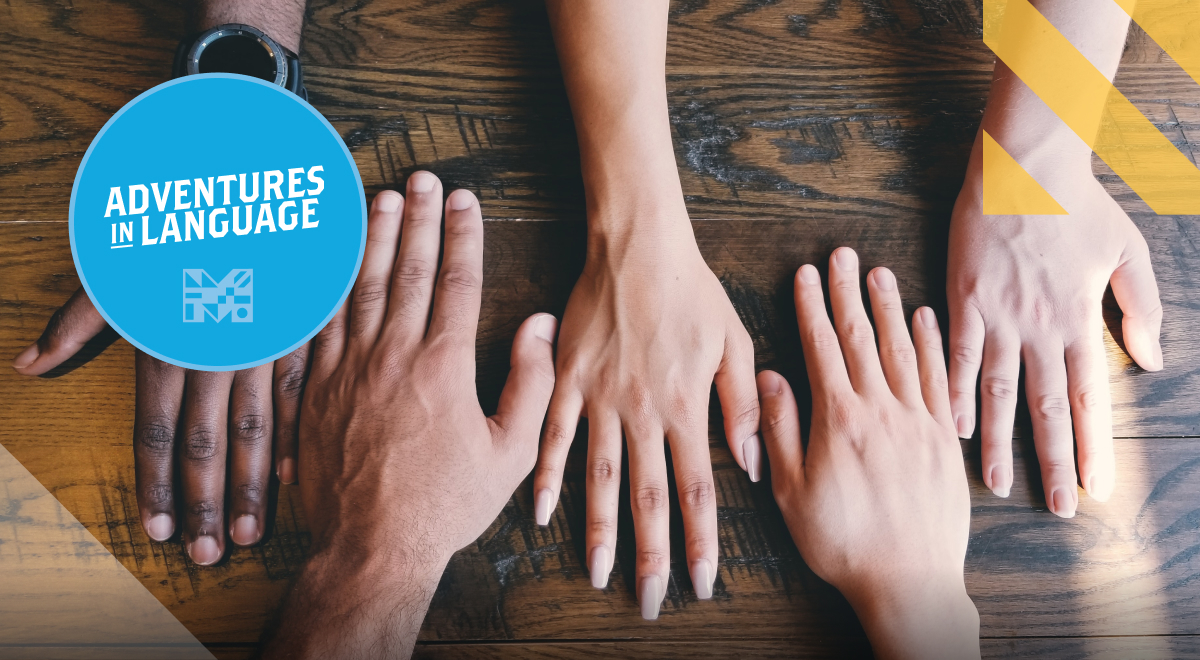